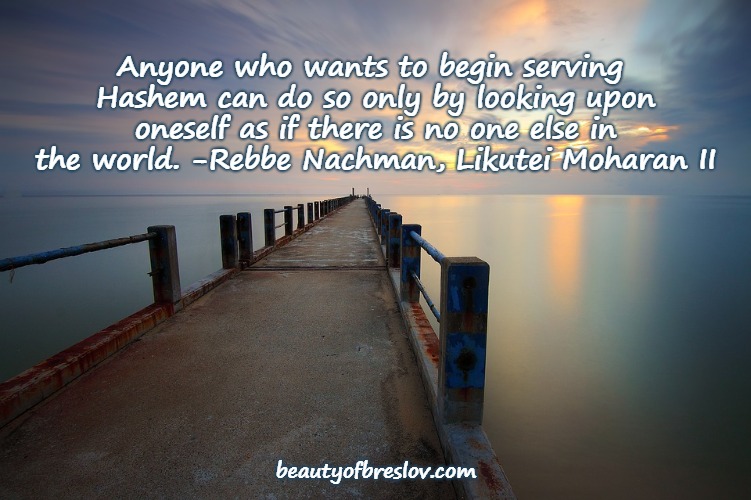 “Abraham was one, and he inherited the land” (Ezekiel 33:24). Abraham based his whole service of Hashem on the fact that he was “one.” He looked on himself as the only person in the world – as if everything was up to him – and paid no attention whatsoever to all the other people who had turned away from Hashem and who were putting obstacles in his way. Abraham paid no attention to his father or any of the other people who tried to stop him. He carried on as if he was alone in the world. That is the meaning of Ezekiel’s statement, “Abraham was one.”

In the same way, anyone who wants to begin serving Hashem can do so only by looking upon oneself as if there is no one else in the world. We must pay no attention whatsoever to anyone who tries to hold us back – not even if it is our own father and mother or in-laws, spouse and children. We should pay no attention to any others who try to mock us or entice us to give up or otherwise stand in our way. Just as “Abraham was one”, so too we must act as if each of us is alone in the world.