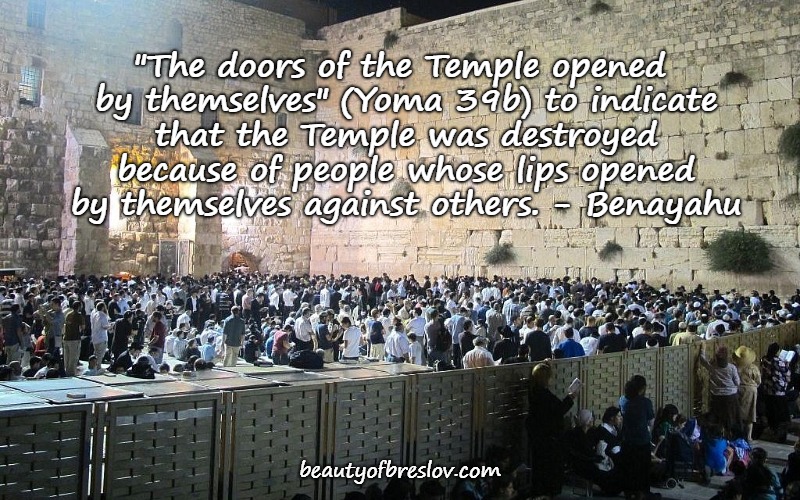 For forty years before the Second Temple was destroyed, the lot [for the goat for Hashem] did not come up in the right hand, the scarlet band did not turn white [on Yom Kippur to indicate the atonement of Israel’s sins], the western lamp of the Menorah  did not remain lit, and the doors of the Temple opened by themselves. (Yoma 39b)