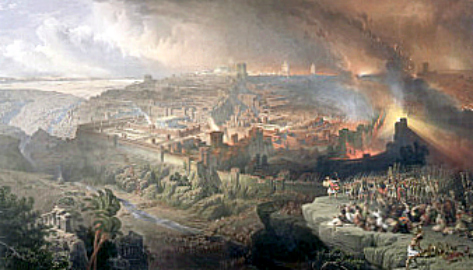 During these Three Weeks, we are mourning the destruction of the First and Second Temples, over the exile of our people from the Land, and over the empowerment of the evil kingdoms of the world, the epitome of which is the seed of Amalek. This is why there are Three Weeks, for we are mourning over these three points that were blemished on account of our sins — the three mitzvot upon entering the Land of Israel, namely, eradicating the seed of Amalek, appointing a king, and constructing the Temple.

Due to our many sins in the past, for which we have still not fully repented, we have been unable to fully eradicate the seed of Amalek. Now, the filth of Amalek spreads and intensifies every day. We have been unable to reveal the glory of Hashem in the world. Our influence has diminished to the point that we still have no king. Most importantly, the Temple, the crown of our heads, has been destroyed due to our many sins, and due to our failure to fully repent, it has still not been rebuilt.

May we, during these Three Weeks, properly and completely repent for our three failures and merit complete rectification, through which we will finally and completely eradicate Amalek, welcome the coming of our true Mashiach, and see the rebuilding of our Temple, speedily in our days! Amen.

Based on Likutei Halakhot, Orach Chaim I, Shabbat 7, by Rabbi Natan of Breslov